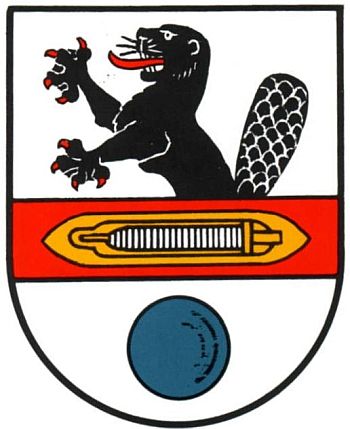 The upper part shows a beaver, which is a canting element from the arms of the Piber von Piberstein family. Members of this family developed and settled the land as vassals for the Lords of Wilhering-Waxenberg in the 13th century.

The red bar and blue ball are taken from the arms of the Revertera family, who lived for a long time in the Helfenberg Castle. The spindle refers to the textile industry in the municipality.