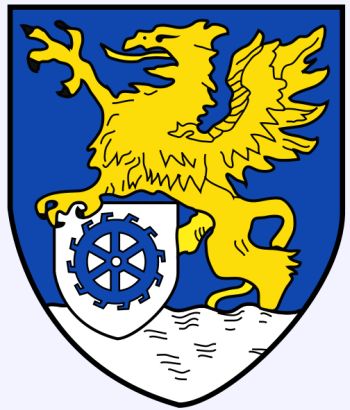 The griffin is derived from the arms of the Lords von Consbruch, who lived on the Hiddenhausen estate. The small shield and the base refer to the former watermills in the region.

The previous arms were granted in 1939. 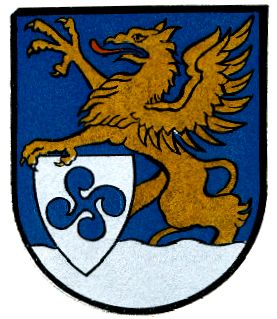 The arms are nearly identical to the arms granted in 1973, but showed a Keulenwinkelkreuz instead of the watermill wheel. The cross is a solar-symbol and used ofen on farmhouses in the region, but due to its similarity with the swastika was found inappropriate in 1969 after the merger with the other municipalities.