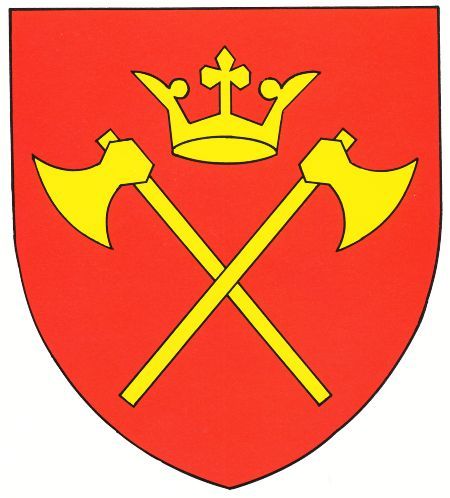 The arms show two golden axes and a crown in red. The arms are derived from the old seal of the guild of St. Olav from Onarheim in Tysnes municipality. This seal was used by the delegates of Sunnhordland in 1344 on the document to install king Håkon Magnusson. It was thus the oldest symbol used for the region and adapted as the arms in 1961.The symbols refer to the patron saint of the guild, Saint Olav, King of Norway, whose symbol is an axe.