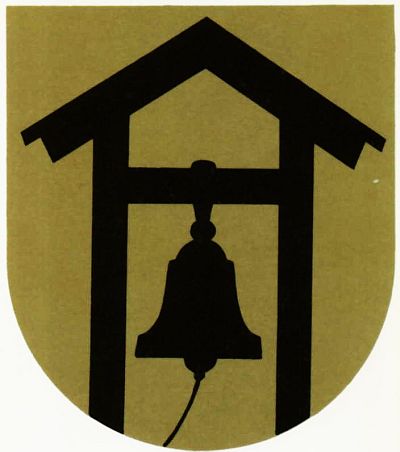 The arms were officially granted on September 25, 1957.

The bell gate refers to the historical manor houses in the municipality.

The first arms were proposed in 1946 and showed a windmill and two stars, these were not officially granted. 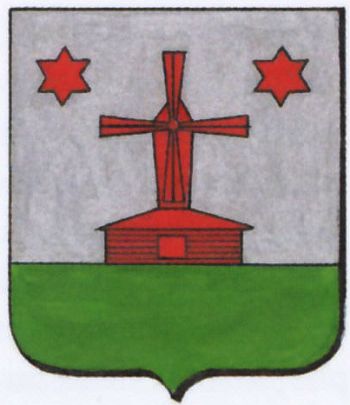