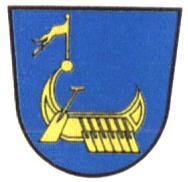 The oldest impression of the coat of arms of Ilirska Bistrica was found on a document issued by the town authorities on 10th June 1871. It represents a galley, warship of the "Liburni", the people that lived on the coast of the North Adriatic Sea - the Kvarner.

The symbol was taken from the coat of arms of the Kingdom of Illyria, which was part of the then Austrian-Hungarian Empire (1816-1918). During that time the town Bistrica also became Ilirska Bistrica.

When Italy occupied this area (1918-1943), Italian authorities added fascist symbols to the Ilirska Bistrica coat of arms (see below). 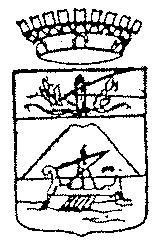