From Heraldry of the World
Your site history : Immenhausen (Hessen)
Jump to navigation Jump to search 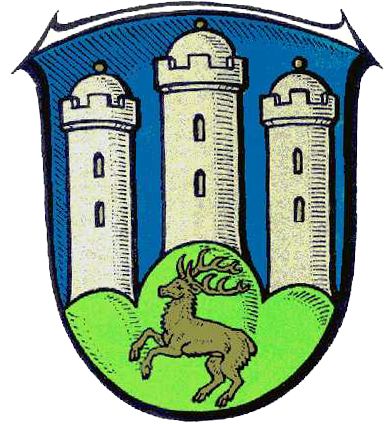 Immenhausen received city rights in the late 13th century. The oldest known seal dates from 1303 and already shows the same composition as on the later arms, three towers and the lion of Hessen (compare also Homberg an der Ohm). Later the lion was placed in a shield.

At the early 20th century the lion was replaced by an eagle, but already in the 1920s the lion shield was restored.

Only after the merger in 1970 the new arms were designed, showing a deer instead of the historical lion of Hessen.