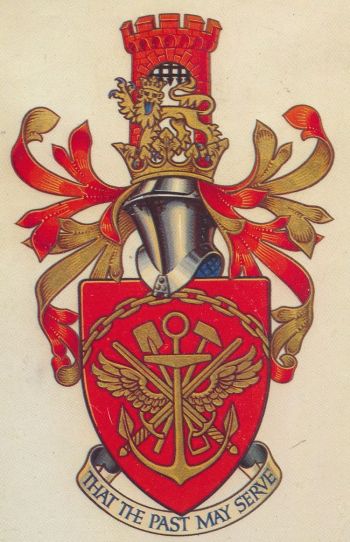 Arms : Gules, a trophy composed of a spade and hammer with two swords, all in saltire, and conjoined wings in fess surmounted by an anchor, in chief a chain enarched, all Or.
Crest: Out of an ancient crown Or, in front of an embattled gate gules, the portcullis raised sable, a lion passant guardant crowned Or.
Motto: That the past may serve

The arms were officially granted on February 10, 1969.