Incorporated Association of Architects and Surveyors 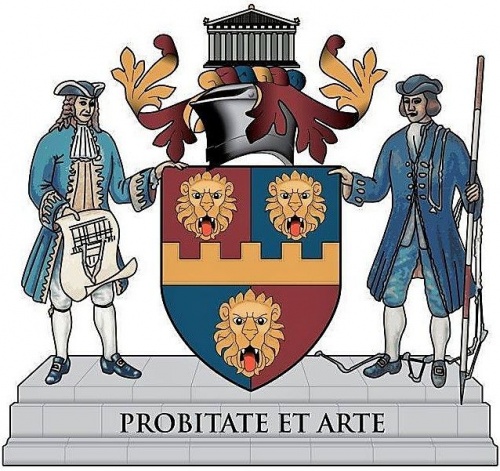 Arms : Quarterly gules and azure, a fesse embattled between three lions' faces Or.
Crest: On a wreath Or, gules and azure, A representation of the Parthenon proper. [Mantled gules, doubled Or.]
Supporters: On the dexter side a figure representing an architect of the seventeenth century holding in the exterior hand a plan of St. Paul's Cathedral; and on the sinister side a surveyor of the same period holding in the exterior hand a surveyor's pole, and over the shoulder a surveyor's chain, all proper.
Motto: Probitate et arte