From Heraldry of the World
Your site history : Infantry Regiment No 19, Portuguese Army
Jump to navigation Jump to search 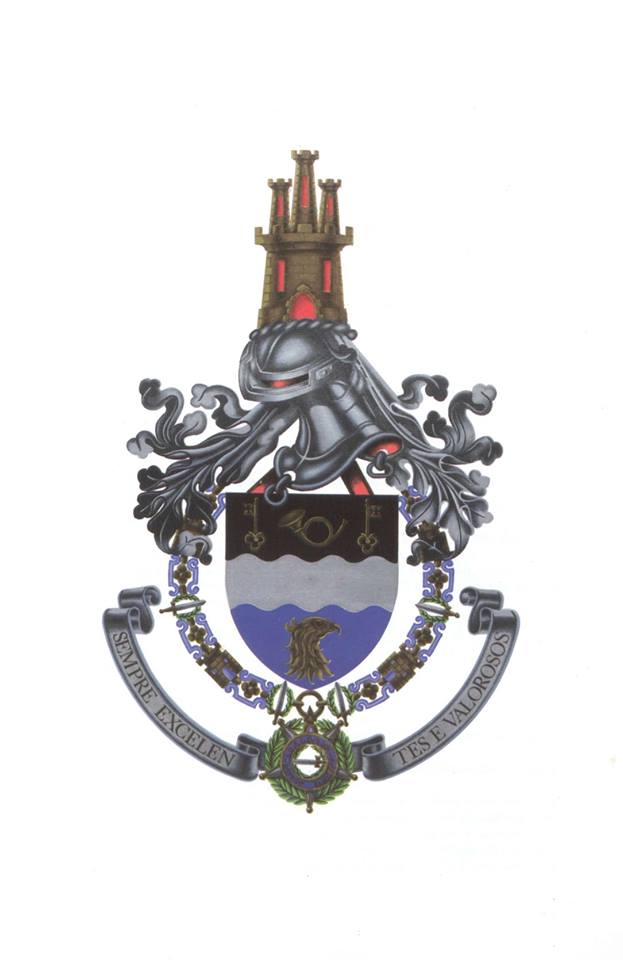 The Colour Black symbolises the Uniforms of the Rifle Battalion No 10 raised in 1811 in the City of Chaves. This is shown by the Hunting Horn and Keys. The Eagle's Head indicated the fighting against French Troops during the Napoleonic Wars. The Wavy Fess indicate the River Tâmega in the vincinty of Chaves. The Crest alludes to the Castle of Chaves.