Institute of Clerks of Works of Great Britain

INSTITUTE OF CLERKS OF WORKS OF GREAT BRITAIN 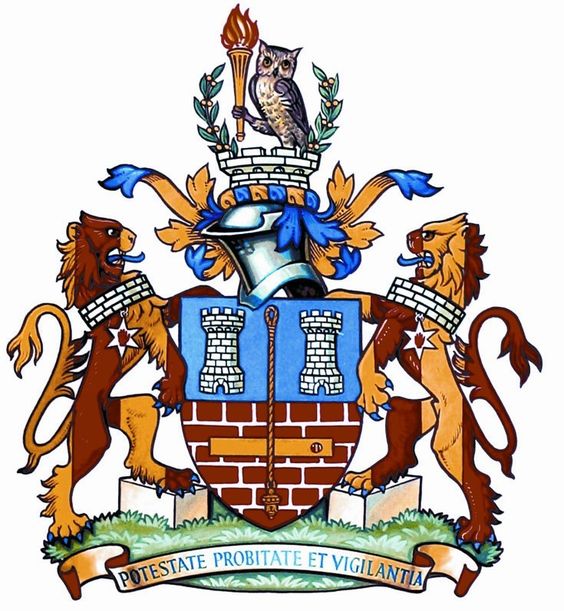 Arms : Per fesse azure and gules, masoned argent, in chief two towers argent, masoned sable, and in base a spirit level fessewise; over all a plumb line in pale Or.
Crest: On a wreath Or and azure, Out of the battlements of a tower argent, masoned sable, between two branches of laurel vert, fructed Or, an owl holding in the dexter claw a torch erect Or, enfiamed proper.
Supporters: On either side a lion paly [of four] Or and gules gorged with a collar argent, masoned sable, pendent therefrom by a chain a six-pointed star argent charged with a dexter hand appaume couped at the wrist gules, and resting the interior hind paw upon a block of stone proper.
Motto: Potestate, probitate et vigilantia.