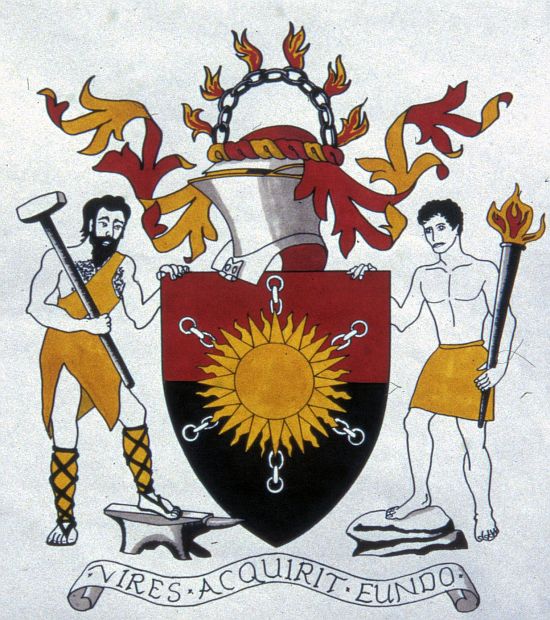 Arms : Per fess gules and sable, a sun in splendour Or, emerging therefrom six chains, three in chief Or and three in base argent.
Crest: On a wreath of the colours, Issuant from a chain embowed sable, six flames proper.
Supporters: On the dexter side a representation of Vulcan resting the interior foot on an anvil, and on the sinister side a representation of Prome­ theus resting the interior foot on a rock, all proper.
Motto: Vires acquirit eundo

The arms were officially granted on March 10, 1967 to the Fuel Institute.