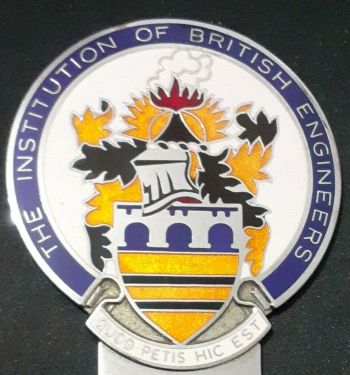 Arms : Or, two barrulets sable; on a chief azure a bridge of three arches throughout proper.
Crest: On a wreath of the colours, In front of a sun in splen­dour rising Or, a volcano acting proper.
Motto: Quod petis hic est

The arms were officially granted on May 4, 1950 to the The Engineering Delegacy.

Previously the Institution used different arms that, as far as I know, were never granted. They can be seen on the medal below: 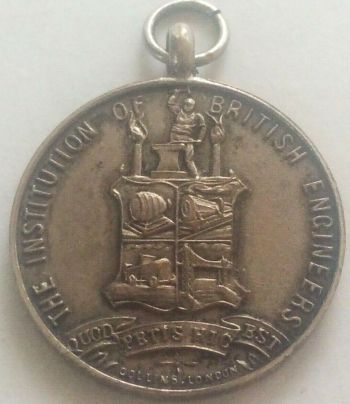