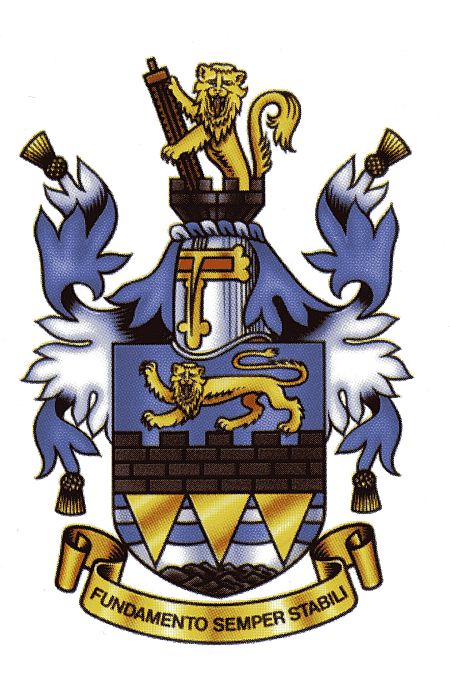 Arms : Per fesse azure and harry wavy of the first and argent, a fesse embattled of the second masoned sable, issuant therefrom three piles Or, in chief a lion passant guardant of the last and issuant from the base rocks proper.
Crest: On a wreath of the colours, Issuant from the battlements of a tower argent masoned sable, a demi lion guardant supporting a slide rule in bend sinister Or.
Motto: Fundamento semper stabili