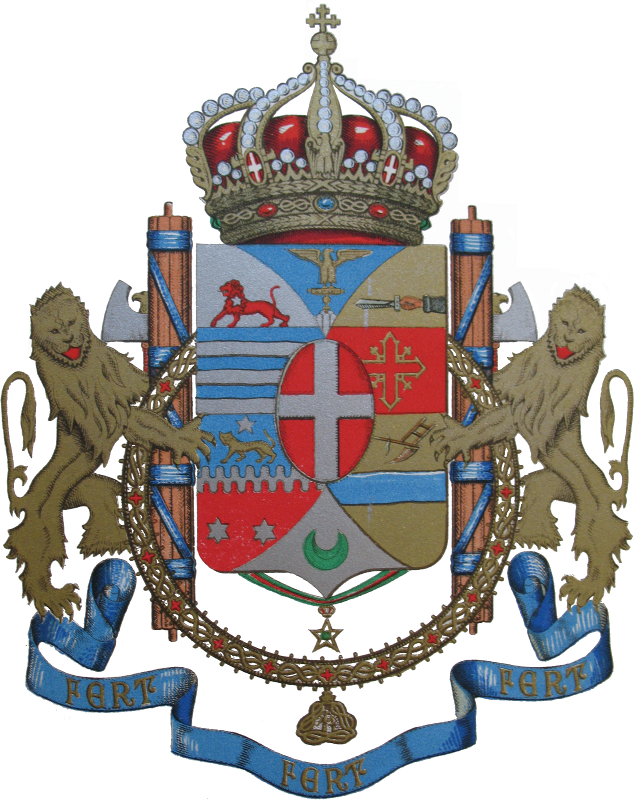 Italian East Africa (Italian: Africa Orientale Italiana, or AOI) was an Italian colony established in 1936, resulting from the merger of the Ethiopian Empire (conquered during the Second Italo-Ethiopian War) with the old colonies of Italian Somaliland and Italian Eritrea.

In August 1940, during the Second World War, British Somaliland was conquered and annexed to Italian East Africa, which itself was conquered by British-led forces in the course of 1941. The Ethiopian Empire and British Somaliland were then re-established, while Italian Somaliland and Eritrea both came under British administration. In 1949 Italian Somaliland was reconstituted as the Trust Territory of Somalia, which was administered by Italy from 1949 until its independence in 1960. In 1952 Eritrea was annexed by Ethiopia.

The arms are a combination of the arms of the different governorates, with the Italian Royal escutcheon.

Literature : Images send to my by mail