From Heraldry of the World
Your site history : Kapellen (Moers)
Jump to navigation Jump to search 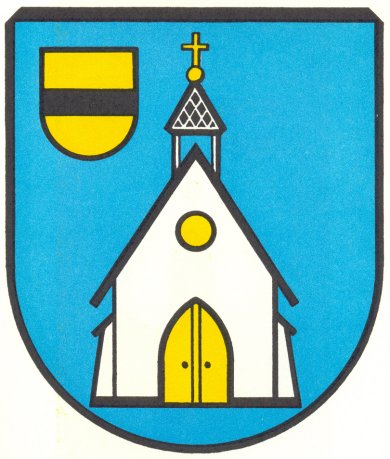 The arms were officially granted on February 28, 1959.

The arms show a canting chapel (Kapelle), which refers to the historical chapel devoted to St. Ludgerus, which developed into the present village church. The silver and blue colours are those of the Friemersheim Estate, which became part of the County of Moers in the 14th century. The small shield shows the arms of the Counts of Moers.