From Heraldry of the World
Your site history : Karlsruhe (kreis)
Jump to navigation Jump to search 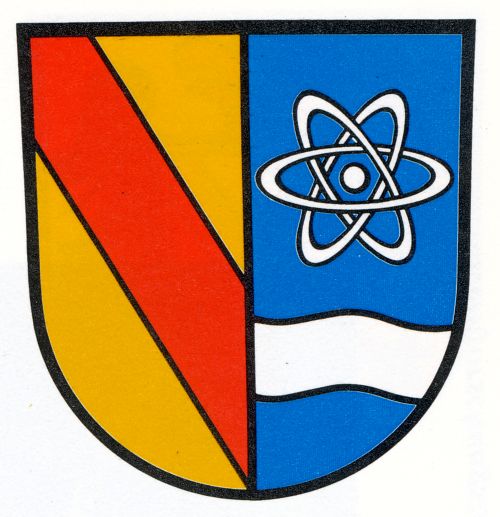 Origin/meaning: The arms were officially granted on August 31, 1973. 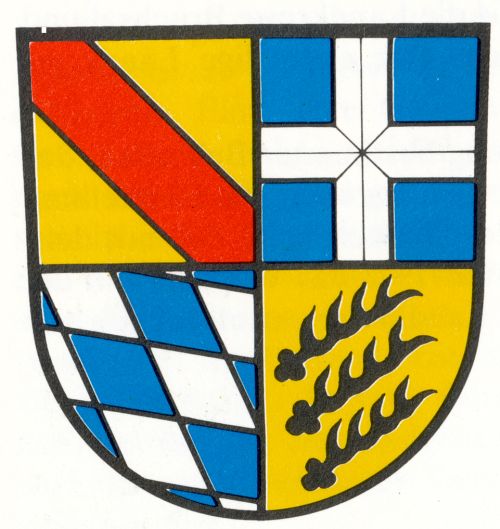 The previous arms were officially granted on January 25, 1961.

The first talks for adopting arms were started in 1951. All parts of the district should be represented in the arms. This raised many problems, so it was not until 1961 that the arms were finally granted.

The wavy bar symbolises the river Rhine, which borders the county for 50 km. The atom symbol symbolises the Nuclear Research Centre in Karlsruhe, the first in Germany. It raised some questions in later years and was not continued in the new arms.