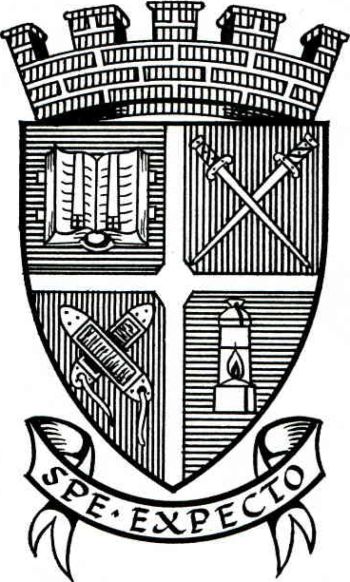 Above the Shield is placed a coronet appropriate to a Burgh of Barony (videlicet: Gules masoned Argent) and in an Escrol below the same this Motto "Spe Expecto".

The arms were officially granted on November 1, 1972.

Kilsyth became a burgh in 1620 in favour of Sir William Livingstone of Kilsyth, whose brother Sir James Livingstone was created Viscount Kilsyth in 1661.

The arms of the Burgh follow closely the design of the non-armorial Burgh seal adopted in 1929.

The four quarters show (I) an open Bible on a blue field to recall Kilsyth's connections with the Covenanters and the two important Scottish religious revivals which started in the town in 1742 and 1838; (2) crossed swords on a red field in allusion to the Battle of Kilsyth (1645) fought between the Marquess of Montrose and a Covenanting army under General William Baillie; (3) crossed shuttles for the weaving industry which was so important in the early nineteenth century; (4) a miner's lamp for coal and ironstone mining.

The colours used for the fields in these last two quarters were chosen for artistic reasons to balance up those in the first two quarters.

Overall the graceful cross not only reflects the similar motif on the Burgh seal but also appropriately recalls the town's many religious connections.

The Latin motto-"I look forward with hope"­ is that of Livingstone, Viscount Kilsyth. 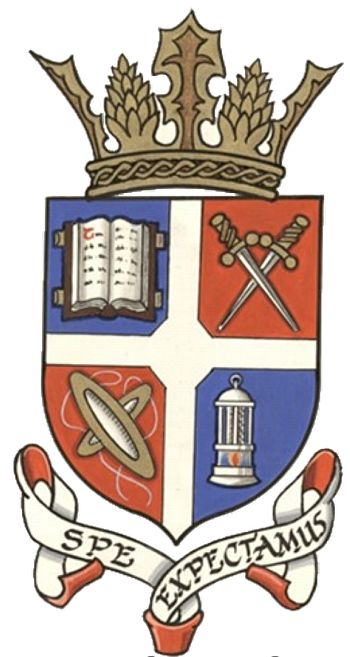 The arms were officially granted in 2002.

The arms are based on the old burgh arms, with a different crown and motto.