From Heraldry of the World
Your site history : King's College (Cambridge University)
Jump to navigation Jump to search 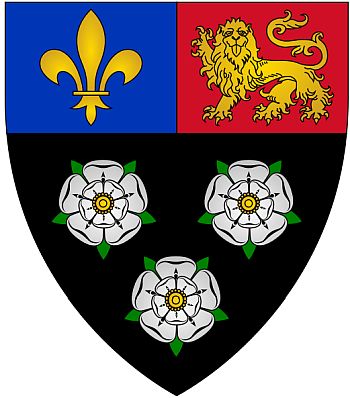 Sable, three roses argent; a chief per pale azure and gules charged on the dexter side with a fleur de lis and on the sinister with a lion passant guardant, both Or.

The arms were officially granted on January 1, 1449.

The black field signifies that the college shall last for ages to come; the roses indicate that it shall bring forth flowers redolent of every kind of learning to the honour of God and the Blessed Virgin; while the chief declares its royal foundation.