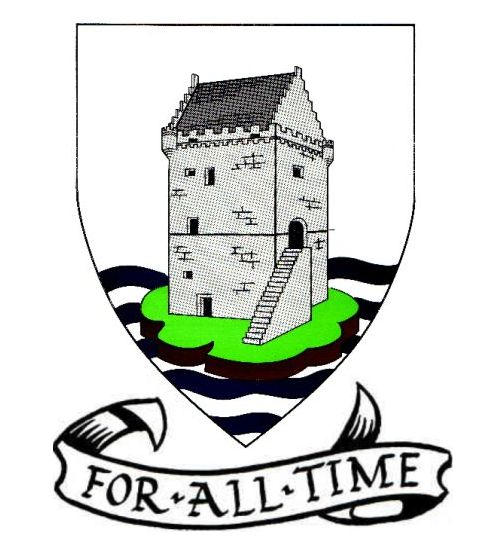 Argent, on an island Proper, in a loch undy Azure and of the field, a castle also Proper.

And in an Escrol under the Shield this Motto "For All Time".

The arms show Loch Leven Castle, a former castle and now ruin on a small island in Loch Leven and used in late medieval times as the main prison in Scotland. Among the prisoners was Mary, Queen of Scots, in 1567. The motto (For all Time), chosen in 1927, did not forsee changes in local government...