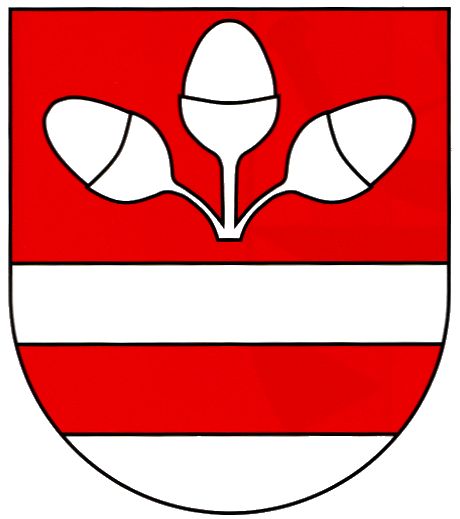 The arms were officially granted on February 16, 1972.

The arms are identical to the old arms of Amt Kirchlengern and show in the upper half three acorns, symbolising the large oak forests in the Quernheimer Mark area of the municipality. The red bar is taken from the Lords of Quernheim, who were of importance in the local history. The colours are those of the State of Minden, to which the area historically belonged. 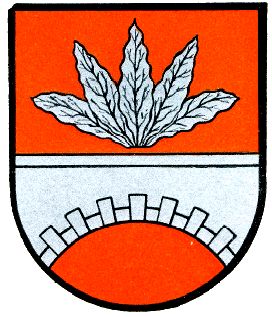 The bridge in the arms symbolises the local bridge over the Else, which was of importance already in the 15th century when negotiations between the Bishops of Minden and the [[County Ravensberg |Counts of Ravensberg]] took place near the bridge. The tobacco leaves symbolise that the the time the tobacco industry was of great importance to the village.