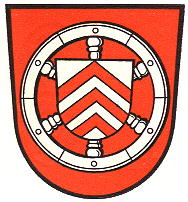 The arms were designed and granted in 1956.