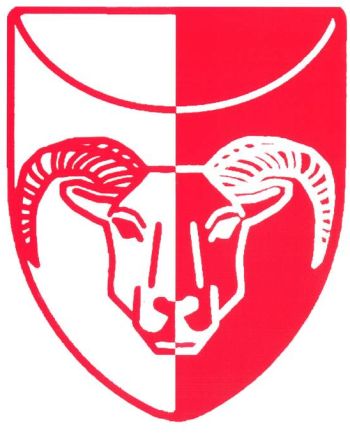 The arms were adopted in August 2008.

The arms show a ram's head, as sheep farming in this area in South Greenland is the main source of income. The design is based on the Greenlandic flag, with the sun in the upper part of the arms.