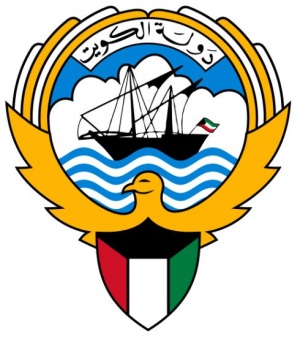 The Emblem of Kuwait was adopted in 1962 and it consists of the shield of the flag design in color superimposed on a golden falcon with wings displayed. The falcon supports a disk containing a boom sailing ship, a type of dhow, with the full name of the state written (in Arabic) at the top of the disk.