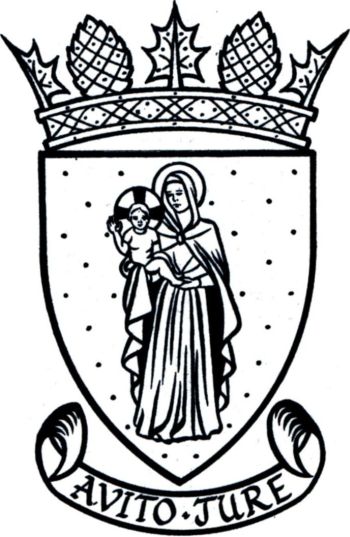 Or, the Blessed Virgin standing and holding the Holy Child, all Proper.

Above the Shield is placed a Coronet appropriate to a statutory Community Council, videlicet:- a circlet richly chased from which are issuant four thistle leaves (one and two halves visible) and four pine cones (two visible) Or, and in an Escrol below the same this Motto "Avito Jure".

The arms are those of the former Lauder Burgh, with a different crown.