From Heraldry of the World
Your site history : Ledeberg
Jump to navigation Jump to search 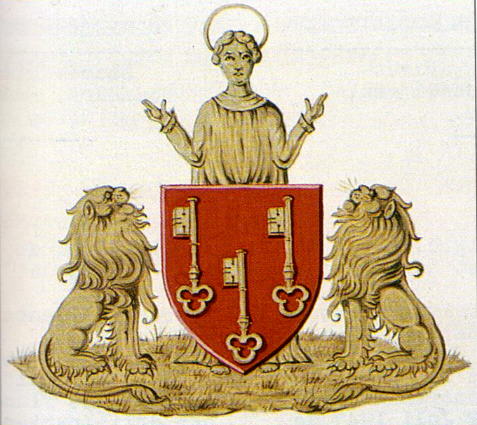 The arms show three keys, the symbol of the Abbey of St. Pieter in Gent, that ruled the estate of Ledeberg since the 14th century. The shield is placed in front of St. Daniel, the patron saint of the village.

Prior to 1949 the municipality used an unofficial coat of arms showing three bulls, each with a nose ring. These arms were designed around 1870 and had the motto "Babulo annulus hominis lex" (the ring for a bull is like the law for men). The motto and the arms were based on the old court, which was held in the open air for many centuries.