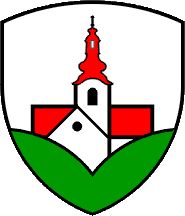 The arms show the church of St. Leonard after whom the city was named, on a green hill. The arms were first adopted in 1989, when the village received city rights. At the time the date 1989 was added in the base of the shield, but this was abandoned in 1997, see below: 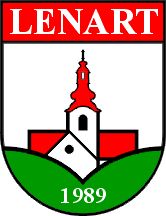 Historically the village used arms with the image of St. Leonard, instead of the church. Several variations of these arms exist, Widimsky shows the saint as a monk walking between two trees, Kobler based the image on an old seal, showing the saint standing between a cow, horse and dog (wolf ?).