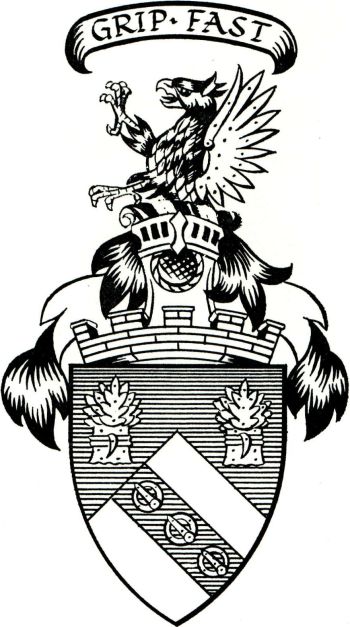 Party per chevron Azure and Argent: in chief two garbs Or, in base, on a bend of the First, three buckles Gold.

Above the Shield is placed a Burghal crown and thereon a Helmet befitting their degree with a Mantling Azure doubled Argent, and on a Wreath of their Liveries is set for Crest a demi-griffin Proper, armed and winged Or, and in an Escrol over the same this Motto "Grip Fast".

Leslie was created a Burgh of Barony in favour of George Leslie, 1st Earl of Rothes, in 1457-58.

The arms are to some extent a conventionalising of the device on the Burgh seal in use in 1929. The Leslie blue and silver colours are used and the Leslie arms are shown in base.

The two garbs are for the agricultural and manufacturing industries (especially flax-spinning) of the town.

The demi-griffin crest and the motto are those of the Leslie Earls of Rothes who were closely associated with the town until after the 1914-18 war.

The arms are now used by the Leslie Community Council: 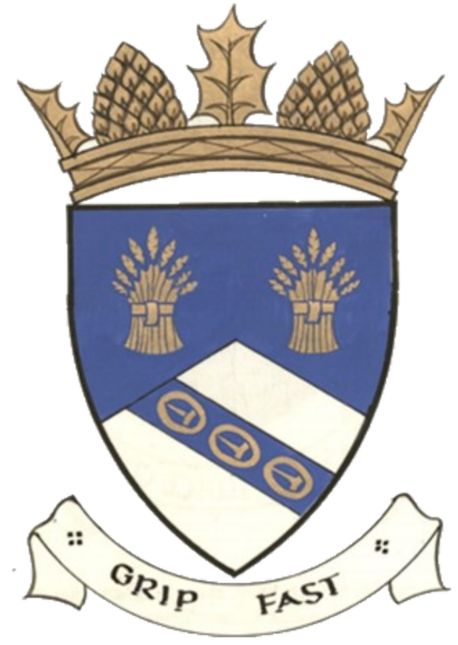