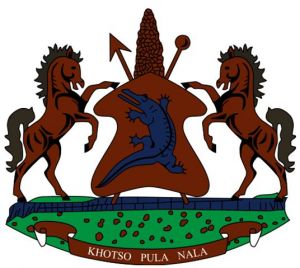 Lesotho is divided into ten districts, each headed by a district administrator. Each district has a capital known as a camptown.

The districts are further subdivided into 80 constituencies, which consist of 129 local community councils.

Arms of cities and towns

As far as I know none of the councils and towns uses heraldic arms.