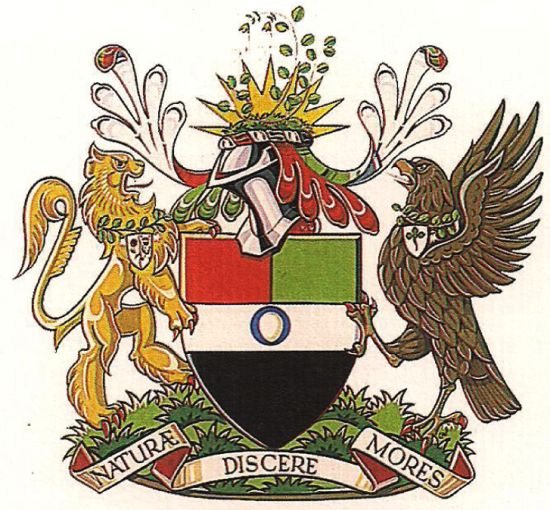 Arms : Per fesse, the chief per pale gules and vert, the base sable, on a fesse argent a hurt charged with an egg erect proper.
Crest: On a wreath of the colours, Behind a mount in which vegetates the linnaea-borealis, the sun rising in splendour, all proper.
Supporters: On the dexter side a lion Or gorged with a linnaea-borealis proper, therefrom a shield pendent per pale wavy argent and ermine charged with a rose slipped gules and a thistle fesseways proper; and on the sinister side an eagle rising proper, gorged as the dexter therefrom a shield pendent argent charged with a trefoil slipped vert.
Motto: Naturae discere mores

The arms were officially granted in 1802.

The colours and the egg are based on the arms of Linnaues (Carl von Linné), see below. The crest is the Linnea borealis, the favourite flower of Linnaeus. 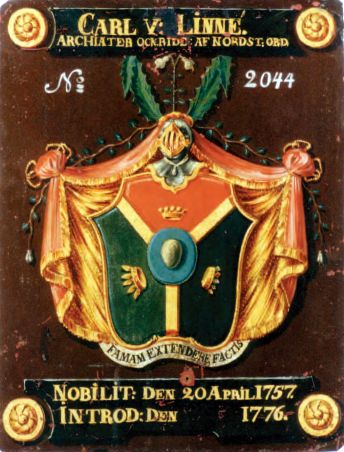