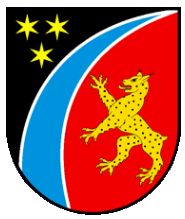 The arms were officially adopted on September 30, 2003.

I have no information on the meaning or origin of these arms. Any information is welcome. The old arms of Luchsingen show a lynx, which in the new arms is combined with three stars and a blue point. 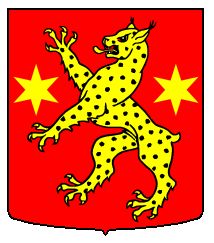 The lynx (German Luchs) is a canting element. The two stars symbolise the villages of Luchsingen and Adlenbach.