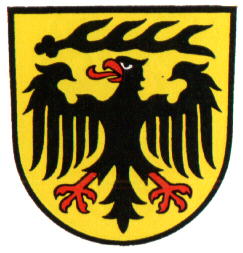 The arms were granted on August 30, 1974 after the addition of the district of Vaihingen. The only change with the previous arms was the colour of the eagle. 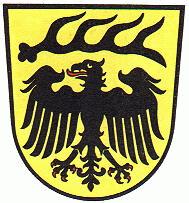 The arms show in the upper part the antler of Württemberg, as the largest part of the district historically belonged to Württemberg. The eagle is taken from the arms of the city of Markgröningen. The city was an imperial city and the city has the task to protect the Imperial Banner. This banner was later taken as arms by the city of Ludwigsburg, and the eagle was chosen here as an older symbol.