From Heraldry of the World
Your site history : Luton and Dunstable University Hospital
Jump to navigation Jump to search 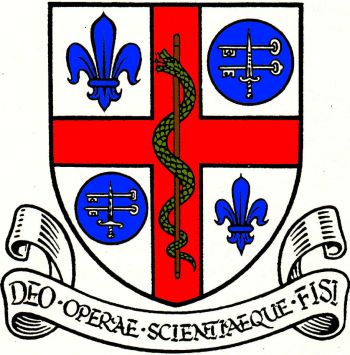 Arms : Argent, on a cross gules between in the first and fourth quarters a fleur de lys azure and in the second and third quarters a hurt thereon two keys barwise in pale, wards to the dexter and downwards, surmounted on a sword erect, all of the first, a rod of Aesculapius erect proper.
Motto: Deo operae scientiaeque fisi.

If you have any information on these arms and Dunstable University Hospital mail us !