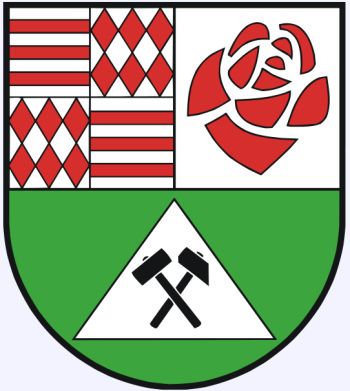 The arms show in the first quarter the arms of the Counts of Mansfeld, which already appeared in several of the predecessors of the district. The rose as well as thr triangle with the miner's tools are taken from the arms of the former Sangerhausen district.