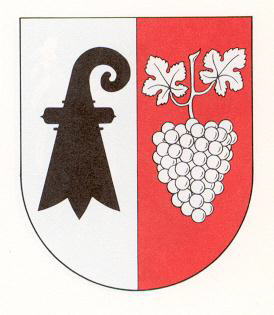 The arms show the basilisk from the city and diocese of Basel, to which the village historically belonged, and a symbol for the local viticulture.