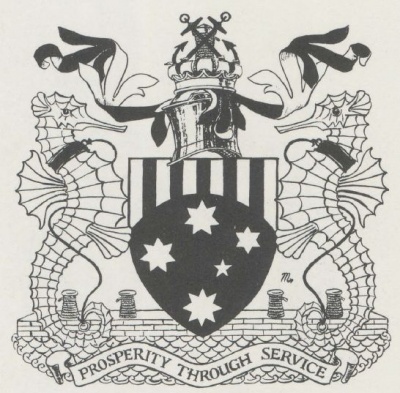 The arms were officially granted on March 5, 1963

If you have any information on these arms Harbour Trust Commissioners mail us !