From Heraldry of the World
Your site history : Melrose
Jump to navigation Jump to search 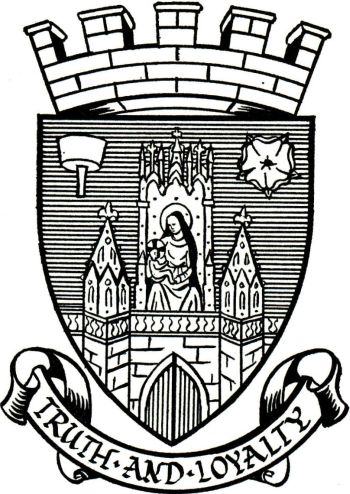 Azure issuant from a representation of the wall of the Abbey of Melrose in base Proper, door Gules, between two pinnacles a gothic canopy Or, therein seated the Virgin Mary and Holy Child also Proper; in dexter chief a mell and in sinister chief a rose Argent.

Above the Shield is placed a mural coronet suitable to a Burgh and in an Escrol under the same this Motto "Truth and Loyalty".

The arms were officially granted on November 3, 1931.

Melrose is said to have been a Burgh of Regality under Melrose Abbey (founded by King David I in 1136).

The arms show part of the Abbey wall with a shrine above containing the Virgin and Child; the Cistercian Abbey of Melrose was dedicated to the Virgin Mary and the latter detail comes from an Abbey seal dated 1422.

The mell (a small wooden mallet) and the white rose (symbolic of the Virgin) constitute a rebus on the town's name. Examples of these are carved at various places in Melrose and the monks of the Abbey seem to have used a badge of a mason's mell surmounted by the Cistercian rose.

The motto "Truth and Loyalty" was suggested by the parish minister, the Rev. R. J. Thompson; it comes from the words "Trouthe and Laute" which appear in the inscription around the arms of Master Mason John Morow in the south transept of the Abbey.

The Community Council uses the old arms with a different crown. 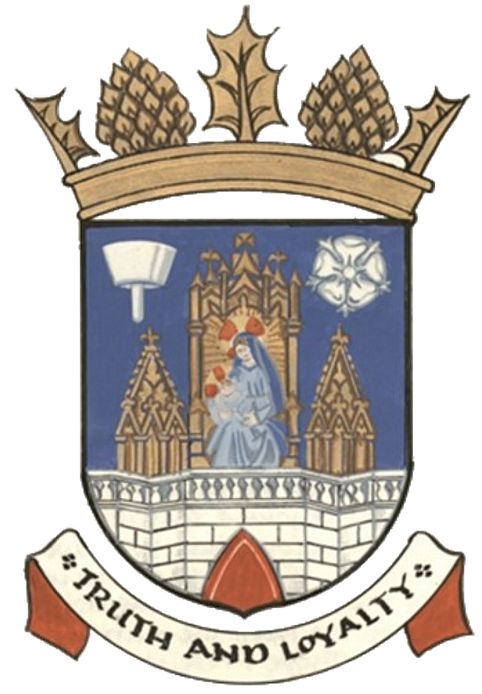