From Heraldry of the World
Your site history : Merksplas
Jump to navigation Jump to search 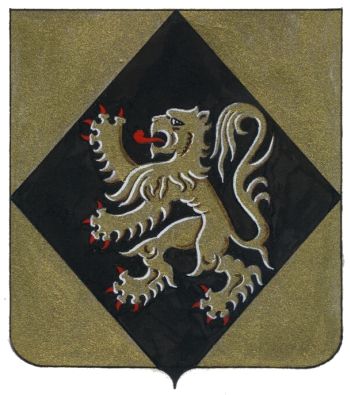 The first arms of Merksplas were granted in 1848 and showed a silver lion in a black field, see below. 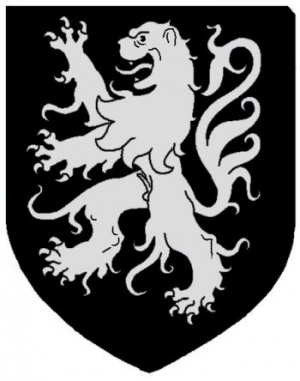 These arms show the lion of the arms of the Counts of Salm-Salm, who owned the manor in the 18th century.

The old seals of Merksplas initially showed St. Michael, the patron saint of the Sint-Michiels Abbey in Antwerpen, which had a lot of possessions in Merksplas. These seals were used until 1550. On seals from 1568 and 1616 a lion in a diamond appeared. The lion is taken from the arms of the Counts of Hoogstraten, as the village belonged to the Hoogstraten county at the time. The lion itself was probably taken by the counts from the arms of the Dukes of Brabant, their overlords.

The Flemish Heraldic Council concluded that the lion of Salm-Salm was not correct, as the seals already showed a lion before the family acquired the village. The new arms thus show the image of the 16th century seals, in the colours of Brabant.