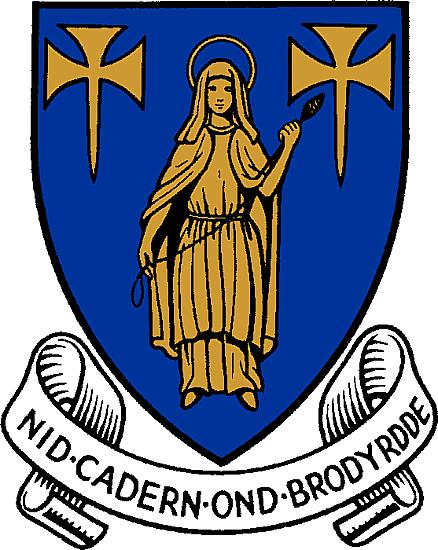 The arms simply show the patron saint of the town, Saint Tydfil, who was a martyr (Merthyr in Welsh). Following her death in about AD 450, a church was built where she was martyred and the town grew up around it.