From Heraldry of the World
Your site history : Metz
Jump to navigation Jump to search 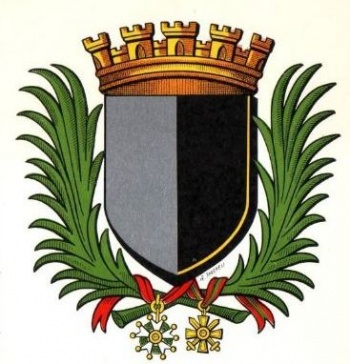 The arms appear for the first time in 1394. The origin or meaning is not known, but the arms are most likely derived from the older banner of the city.

The arms did not change in time, but strangely enough, Hozier mentioned completely different arms for the city, see below.

On November 21, 1810 Napoleon granted the new arms, with a chief of a city of the first rank, and on the traditional arms a female figure holding a sword and banner. These arms were only used until October 12, 1816 when the old arms were restored.