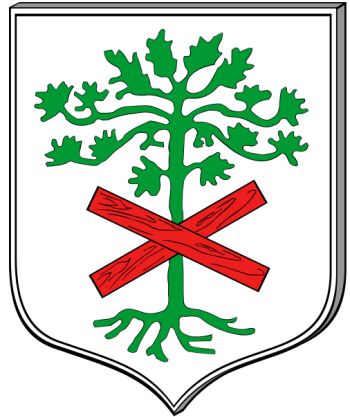 The town was named Medzibor until the early 19th century. During the time when the city was part of Germany, the name was Neumittelwalde.

The arms are based on the old 17th century seal of the city. The tree probably is a canting symbol, the cross is unexplained. Hupp stated that the cross may be the symbol of St. Andrew, or derived from previous Lords of the area.

During the years the tree and the cross have been shown differently, see below.