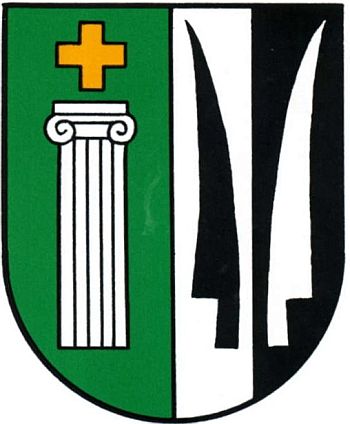 The arms were officially granted on September 22, 1975.

The pillar in the lefthalf refers to the long history of the village. On the local Georgenberg there was already a Celtic temple, followed by a Gallo-Romanic temple and several Christian churches, hence the cross.

The two plough irons are taken from the arms of the Jörger family, who owned the local castle and estate from 1529-1620.