From Heraldry of the World
Your site history : Missouri
Jump to navigation Jump to search 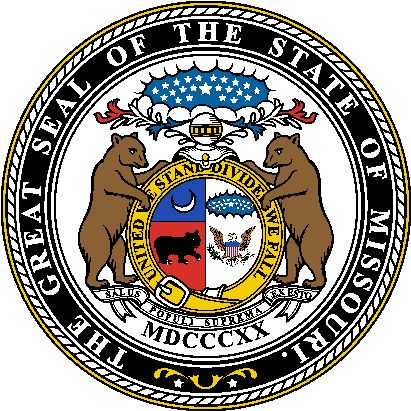 I only have the above image, not a proper image of the arms itself.

The arms show a bear, the state animal of Missouri, which also appears as a supporter on both sides of the arms. The left half shows the national arms of the United States.