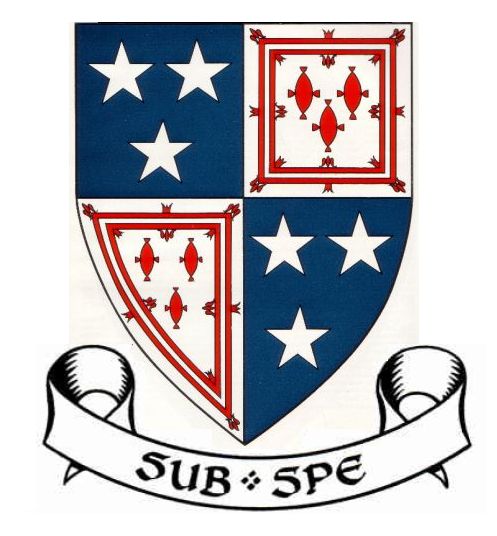 And in an Escrol below the Shield this Motto "Sub Spe".

The arms show the silver stars on a blue field for the ancient province of Moray and red cushions within the Royal tressure on a silver field since these were the original arms of Thomas Randolph, the famous Lieutenant of King Robert I, who was created Earl of Moray in 1312.

The Latin motto "In hope" is that of the family of Dunbar which has long associations with the County and also provides a pleasing punning reference to the river Spey which flows through much of it.