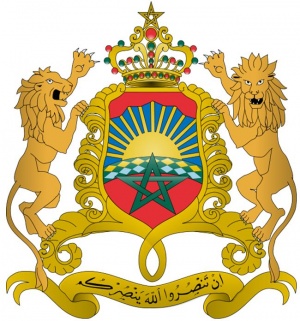 In addition to this, urban areas are combined into wilayas, a level between a region and a province or préfecture.

Many of the subdivisions use arms, but only until provincial level. I have no idea whether the municipalities use arms.

Subdivisions that use arms:

The Western Sahara is a territory de facto under control of Morocco, but not recognised by any UN member as part of Morocco.

It is listed here.