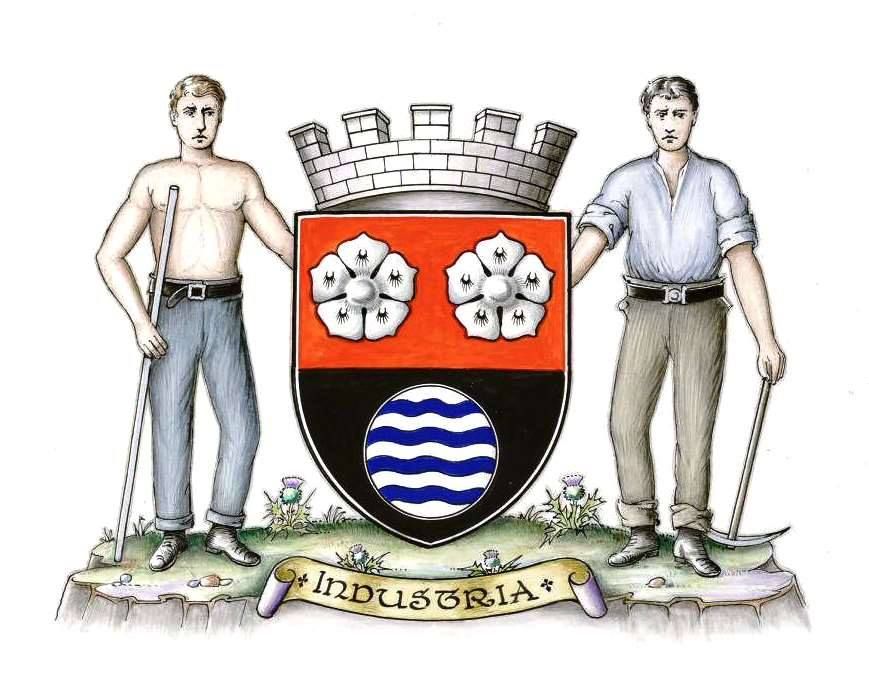 Per fess Gules and Sable, in chief two cinquefoils Ermine, in base a well Proper.

The arms show two ermine cinquefoils on a red field to denote the close connection with the Burgh of the Lords Hamilton of Dalzell. The black field in base is for coal-mining, while the fountain recalls the ancient Lady's Well (dedicated to the Virgin Mary) from which Motherwell may have got its name.

The supporters come from the seal adopted by the Burgh of Motherwell in 1892, and are in imitation of the savage, with a club on his shoulder, which is one of the supporters of the arms of Hamilton of Dalzell. They represent Motherwell iron and Wishaw coal.

The Latin motto "Industry" came from the old Wishaw seal.

Literature : Urquhart, 1974. Main image from The Court of the Lord Lyon