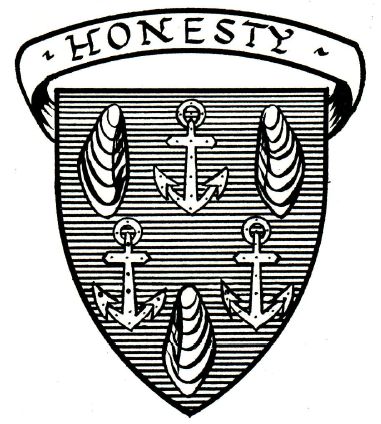 Azure, three anchors in pale, one in chief and two in the flanks, Or, accompanied with as many mussels, two in the dexter and sinister chief points and the third in base Proper. In an Escrol above the Shield this Motto "Honesty".

The arms were officially granted on October 2, 1771.

Musselburgh (nicknamed "the Honest Toun") , first seems to have been a Burgh dependent on the Abbey of Dunfermline early in the fourteenth centuty. It was made a Burgh of Regality in 1562 in favour of Robert Pitcairn, Archdeacon of St. Andrews, as Co"Commander of Dumfermline and became a Parliamentary Burgh under the 1832 Reform Act.

The arms are canting. The anchors indicate that the town is a seaport and the mussels refer to thelarge mussel bed at the mouth of the river Esk on which the Burgh stands; the blue field is for the sea and the river.

The motto is, according to one tradition, derived from the tribute -Sure you are honest men- paid to the citizens by Donald, Earl of Mar, Regent of Scotland (1332), for their care of his famous predecessor in the Regency, Thomas Randolph, Earl of Moray, who died at Musselburgh on 20 July 1332.

The arms are now sed by the Community Council. 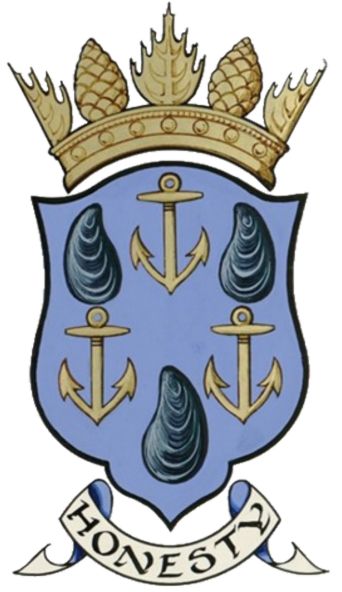