THE NATIONAL ARMS OF GABON 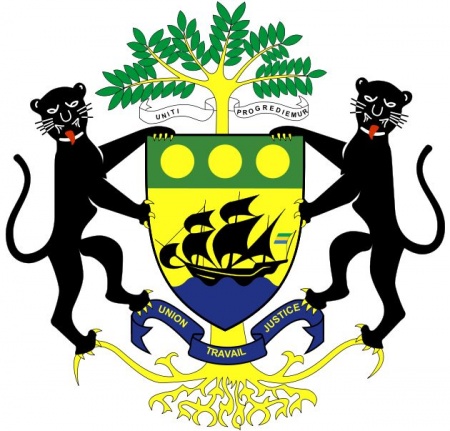 The bezants (golden discs) in chief of the shield symbolize the mineral wealth of the country. The ship at the lower part represents Gabon moving towards a brighter future.

There are two mottoes, below the shield in French 'UNION, TRAVAIL, JUSTICE' ('Union, Work, Justice'), the second beneath the branches of the okoumé tree in Latin 'UNITI PROGREDIEMUR' ('We shall go forward united').