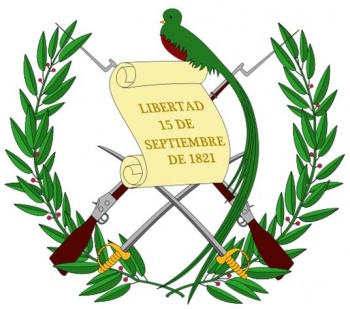 Origin/meaning :
Guatemala has no national arms, but uses the national emblem or symbol shown above. The emblem was adopted in 1871 and confirmed by law in 1968.