From Heraldry of the World
Your site history : National Arms of Iran
Jump to navigation Jump to search

THE NATIONAL ARMS OF IRAN 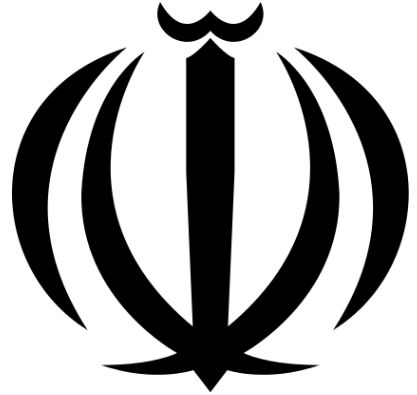 Iran does not use arms, but only the above emblem.

Historically the Kingdom of Persia (which lasted until 1979) used a symbol consisting of a lion, sun and a wreath. This combination was to represent ancient Iranian, Arab, Turkish, and Mongol traditions and was used for centuries.

The symbol has had many historical meanings. First, it was an alledgedly an astrological and zodiacal symbol. Under the Safvis and first Qajar kings, it received a specifically Shi'ite interpretation. In the Safavid era the lion and sun stood for two pillars of the society, state and religion. It became a national emblem during the Qajar era. In the 19th century, European visitors at the Qajar court attributed the lion and sun to remote antiquity and since then it got a nationalistic interpretation.

During the reign of Fat'h Ali Shah and his successors the motif was substantially changed. These changes were on the form of the lion, the sun. A crown was also placed on the top the symbol to represent the monarchy.

Since the reign of Fat'h Ali Shah Qajar, the Islamic component of the ruler de-emphasized, but the symbol remined in use in different forms until 1932.

In 1932, seven years after the foundation of the Imperial State of Iran, Reza Shah founded the Order of Pahlavi with the official emblem of the dynasty (Mount Damavand with a rising sun) in a medallion of the Order's badge and star. A new national coat of arms was created with Iran's national and Pahlavi's dynastical symbols: Lion and Sun, Faravahar, Zolfaghar, Simurgh and Pahlavi's arms in the center.
At the top of the coat of arms was the Pahlavi crown, created for the Coronation of Reza Shah in 1926, and the collar of the Order of Pahlavi was under the shield.

Two lions with scimitars were used as supporters. The Imperial motto "Mara dad farmud va Khod Davar Ast" ("Justice He bids me do, as He will judge me" or, alternatively, "He gave me power to command, and He is the judge").