From Heraldry of the World
Your site history : National Arms of Morocco
Jump to navigation Jump to search

THE NATIONAL ARMS OF MOROCCO 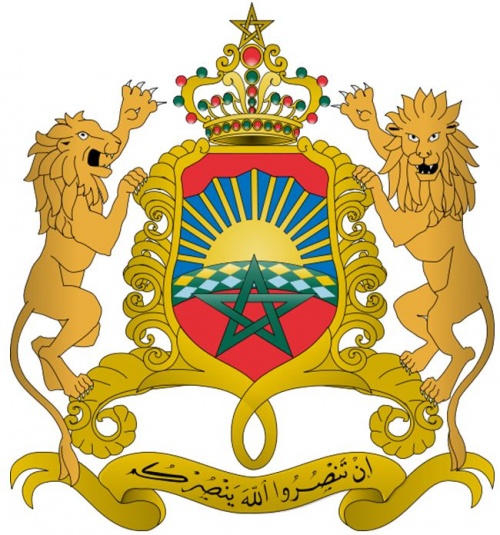 The coat of arms of Morocco (formally; the royal coat of arms) was officially adopted on August 14, 1957.

The arms show a green pentagram on a red background infront of the Atlas Mountains and a rising sun. The arms are surmounted by the royal crown. Two lions support the shield.

The motto "ن تنصروا الله ينصركم‎" (If you glorify God, he will glorify you) is taken from the Qur'an (Verse 7, Sura 47).

The colonial arms showed three crescents facing East. These were used until 1957.